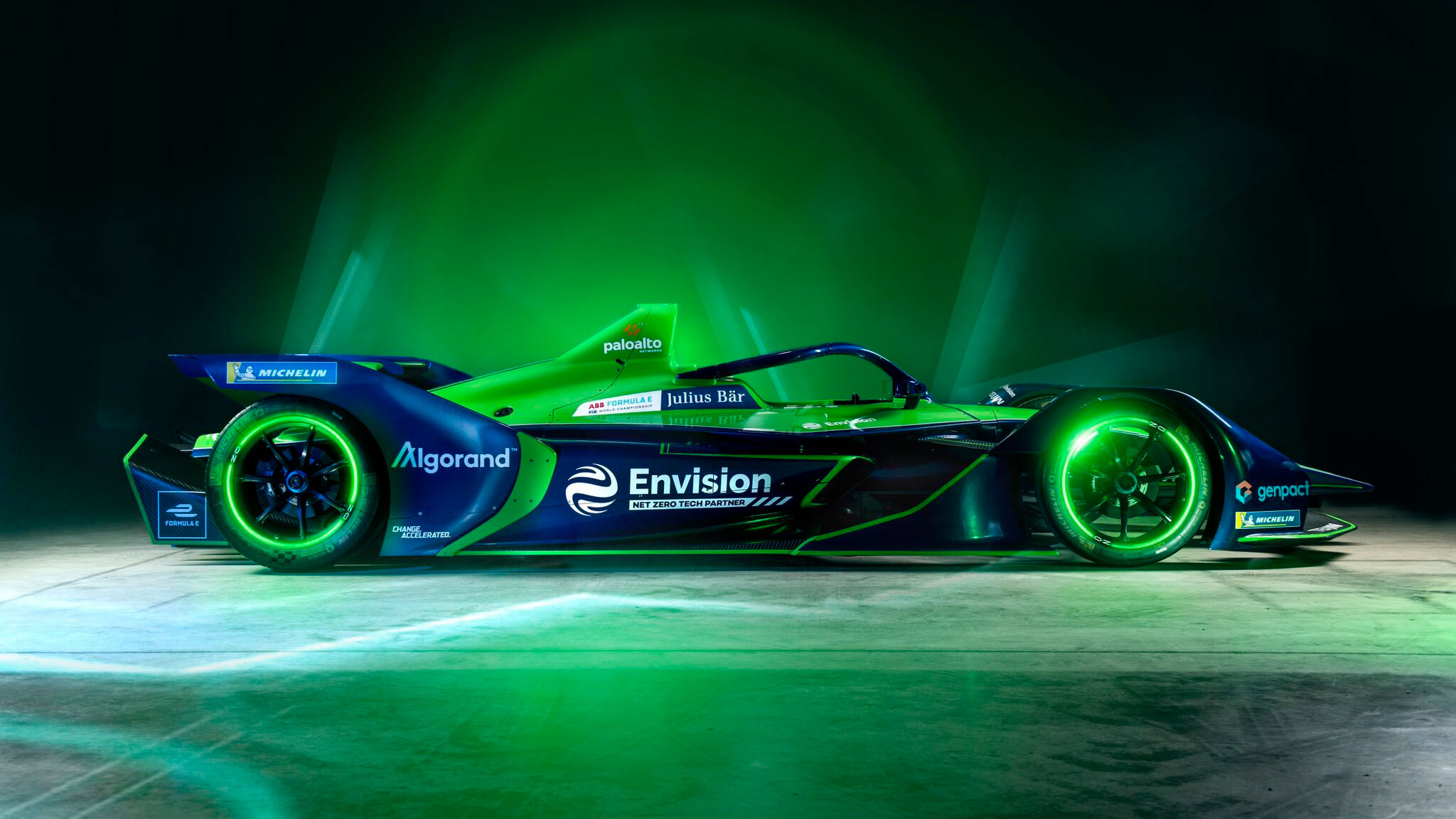 October 28th, 2021 - 'Greenest blockchain’ Algorand partners with ‘the Greenest Team on the Greenest Grid’ Envision Racing to ensure the next generation of blockchain adoption and innovation is environmentally friendly.

Envision Racing has today announced a new multi-year partnership that will see the Algorand Foundation become the team’s Platinum Partner.

The Algorand Foundation is dedicated to fulfilling the global promise of blockchain technology by leveraging the power of the Algorand protocol and its ecosystem, to enable everyone to harness the potential of an equitable, truly borderless, digital economy, built on a carbon-negative network, that will help sustain a better planet.

Like Envision Racing, the Algorand Foundation has a commitment to a sustainable future built on cutting edge innovation and high-performance, backed by durability and reliability forged in the heat of real-world competition.

This collaboration sees the Algorand Foundation become a partner of the team’s innovative ‘Race Against Climate Change’ sustainability programme, created to help amplify the fight against climate change and accelerate the movement to zero emission vehicles. Envision Racing will also work with the Algorand Foundation to strengthen its community initiatives, including supporting the Foundation’s developer and innovator community events.

Commenting on the announcement, Franz Jung, Vice President of Envision Group and Chairman of the Board of Envision Racing Formula E team said: “Sustainability and addressing the climate crisis through the deployment and adoption of innovative new technology is core to why we exist. We’re delighted to be partnering with the Algorand Foundation because, whilst blockchain technology provides many interesting new opportunities for us, and many other organisations, Algorand’s technology allows us the unique opportunity to deploy blockchain in the most environmentally responsible way”.

Lee continues: “The Algorand blockchain has been built from the outset to have the smallest possible carbon and energy footprint, and to provide a uniquely sustainable blockchain platform for innovators around the world who want to create technology that has sustainability at its core. We look forward to supporting each other in our missions to show that sustainable, climate friendly innovation is the optimal approach to creating our future technology and economies.”

As one of the founding teams of the FIA Formula E World Championship, Envision Racing — owned by world-leading greentech company Envision Group — boasts an impressive record both on and off the track. Aside from securing 11 wins and 33 podiums in their 84 races, Envision Racing was the first carbon neutral Formula E team (PAS 2060). It is also one of a handful to achieve the FIA’s Three Star Sustainability Accreditation, and the only sports team to partner with the UK government to support their ‘Together For Our Planet’ initiative and the UN’s COP26 global summit.

The team’s new Season 8 livery featuring the Algorand Foundation logo will first be seen at the UN’s COP26 global climate conference. The new-look car will be displayed in the Green Zone at COP26 from Monday November 1st until Friday 12th.

Owned by Envision Group, the Envision Racing Formula E Team is one of the founding and most successful outfits in the ABB FIA Formula E World Championship – the innovative electric street racing series.

The purpose-driven team has sustainability running throughout its DNA and exists for one simple purpose; to use its platform to inspire generations to tackle climate change and transition to e-mobility and renewable energy. It does this through its long-running ‘Race Against Climate Change’ programme and prides itself on being the 'greenest team on the greenest grid', being the first and only carbon neutral certified team (PAS 2060), one of a handful to have achieved the FIA's 3 Star Sustainability Accreditation, and the first to sign up to the UNFCCC Sports for Climate Action Framework. It is also a partner of the biggest climate event, the UN’s COP26 ‘Together for our Planet’ summit taking place in the UK in November.

On-track, the team continues to be one of the most successful ever with 11 wins and 33 podiums to its name. For the 2021/22 Formula E season, Envision Racing will see Dutchman Robin Frijns complete his fourth season with the team alongside New Zealand driver Nick Cassidy. Overseeing operations at the team’s commercial headquarters in London is Managing Director Sylvain Filippi, who has been with the team since day one, together with Team & Sporting Director Leon Price and Technical Director Mike Lugg based at the team’s operational arm at its state-of-the-art facilities at Silverstone. Meanwhile, Envision Group’s Franz Jung continues his role as Chairman of the Board.

About the Algorand Foundation

The Algorand Foundation is dedicated to fulfilling the global promise of blockchain technology by leveraging the Algorand protocol and open-source software, which was initially designed by Silvio Micali and a team of leading scientists.

With core beliefs in the establishment of an open, public, and permissionless blockchain, the Algorand Foundation has a vision for an inclusive ecosystem that provides an opportunity for everyone to harness the potential of an equitable and truly borderless digital economy built on Algorand.